Why IL Concealed Carry is a Good Thing

There will always be those in our society who, based on absolutely nothing, will remain under the impression that concealed carry is dangerous, regardless of the state or city in question.  For those of us who have actually taken time to give the issue real thought, we would simply like to point out a few things for the skeptics and grossly-uninformed naysayers to consider.

Some of these are already common knowledge to the responsible gun owning crowd, and are in no particular order is importance. 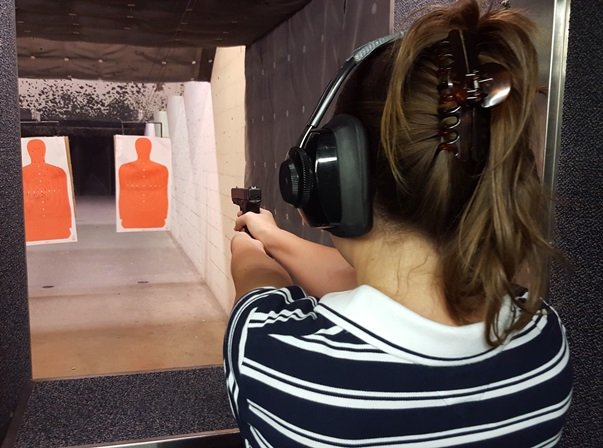 We often wonder if the anti-gun fanatics, especially those in our hometown of Chicago, have ever taken into consideration that, statistically , crime rates drop sharply among states with concealed carry laws on their books.  Perhaps Chicago has the highest crime rate because its criminal element knows, without a doubt, that the person they are about to rob or rape or relieve of their car, is utterly unarmed?

The simple fact is that more criminals are going to be forced to think about whether or not they want to take the risk, before mugging someone who may or may not have a loaded 1911 with hollow points tucked away nicely, and ready to draw at the first sign of a threat.

Eliminating all guns is a far-fetched pipe dream

Those who blindly support an all-out ban on firearms are otherwise delusional for a number of reasons.  For starters, they believe that simply “banning” all guns will magically make every firearm disappear into some fictitious abyss of safety.  What they again fail to consider, is that criminals don’t buy guns in the traditional legal sense.  They don’t follow 7-day waiting period requirements.  They don’t have valid FOID cards, and they most certainly won’t be surrendering their illegally-obtained guns openly, in the event of a total ban.

From a gun control perspective, there are essentially three key segments of society: the cops, the robbers, and those who would rather not play.  Disarming law-abiding citizens does nothing but create a bigger, more easily-accessible target for criminals to capitalize on.  In contrast, a state populated by good, law-abiding citizens (looking out for not only themselves, but each other too) is one where the real criminals know they’re outnumbered.

It’s not enough to rely on the police

Another common misconception, is that police protection is more than adequate.  This is a joke, and if there are still any functioning neurons in your head, you already know why.  If someone is kicking in your bedroom door, armed, how is calling 9-1-1 going to save your life?  In the time that it takes you to reach for a phone, you might very well have the same amount of time to reach for your firearm and defend your life.

There have been countless studies on police response time, and depending on who you ask and where you live, the average response time ranges from about three to six minutes.  And while we believe strongly in the police’s role of protecting and serving the public, and support their efforts, there are some scenarios where their presence couldn’t possibly prevent a crime.

Track record among other concealed-carry states

Here’s a homework assignment.  Look up the states with the lowest historic crime rates, then look up the states with the highest.  There is no arguing the fact that states with open and concealed carry have the lowest consistent crime, rape, robbery, murder and home invasion rates.  While those who ban concealed carry have the highest.  Interestingly, the longer a state allows its residents to protect themselves, the more steadily crime rates tend to decrease.

If you support the rights of law-abiding US citizens to protect themselves and their loved ones with a concealed weapon, good for you for using some actual common sense and logic.  If you’re one of the ones who continues to throw tantrums over the fact that concealed carry is finally a national right, take a few minutes to think about why you’ve been stomping your feet.

Chances are, your intentions are for nothing more than a peaceful world.   Well, you might be shocked to hear that gun owners all over America want the same thing; we’re just realistic about how we as a People can go about making that happen.