DuPage county might not be the best place for criminals to try their luck, as Illinois State Police officials recently announced that DuPage County has issued over 4,600 concealed carry licenses since submission began this past January.  Of the more than 73,000 total CCW licenses issued in the state of Illinois, DuPage accounts for just over 6%.  Moreover, the program appears to be faring very smoothly, with people follow the process as instructed and applications being processed in what seems to be a timely manner.

Crime is Down in Chicago

So what does this say about the role of concealed carry in DuPage, or Chicago, or Illinois for that matter?  It doesn't need to say anything, actually.  The numbers are doing plenty of talking on their own.  Since Illinois became the 50th state to allow concealed firearm carry (and despite all the clichés, cheap shots and bad facts circulating the internet) Chicago's crime rate has done nothing but drop across the board.

There will always be people out there who think that banning all guns will magically get rid of all crime.  This, of course, is a pipe dream.  Criminals don’t buy their guns legally, and if a ban were to be instituted, they would certainly not be standing in line to turn in their weapons.  The truth is much different. 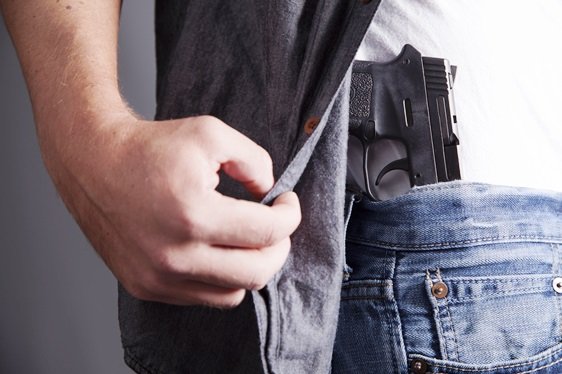 Illinois concealed carry laws have made, and will continue to make Chicago a safer and more crime-free city.  This is not speculation, but rather the end result of extensive academic research done on the topic.  When law-abiding citizens are allowed to safely and responsibly carry a pistol, criminals are forced to think twice.  Prior to 2014, it was a free-for-all.  The bad guys knew that no one could legally protect themselves, and this made it open season on virtually anyone walking the streets.  It's not that simple anymore, as evidenced by the numbers which continue to support the role CCW plays in promoting a safer environment for all.

Get Trained to Apply for an IL Concealed Carry Permit

If you're in the Chicagoland area and ready to exercise your right to protect yourself responsibly, Concealed Carry of Illinois LLC offers an unmatched CCW class experience.  From our small class sizes and upscale locations, to dedicated range time and free ongoing training for returning students, our classes are among the most popular in Chicago and the suburbs.

Register for upcoming classes now, or contact us via e-mail or at 847-322-6800 to learn more or get answers to your questions.